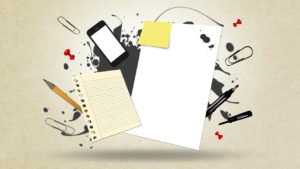 This pair of terms is mentioned repeatedly but independently and is rarely related as innovating in project management.

Innovation is usually related to the development of a new product or the adoption of a new technology. These characteristics are valid for a type of innovation, which is related to the product. However, the Oslo Manual, one of the most complete and detailed documents on the measurement of innovation in the world, refers to the different types of innovation that exist, these are: in product, in process, in marketing and in company. The related in this writing will be the innovation in process.

This manual defines the innovation in process as “the introduction of a new, or significantly improved production or distribution process. This implies significant changes in techniques, materials and / or computer programs. ”

How can this series of arguments be related to project management?

In project management we can identify two major phases, planning and execution. Within each phase there are a series of related activities and a lot of documentation, which reflect this activity of the Project Management as a detailed and highly complex process, to the point of certifying more and more professionals in the methods and best practices.

Now, if we are proposing an innovation in project management, we must justify why. The reason is obvious. Despite the main advances, the best practices and the most used technological developments, it is common to find projects that do not end on the date initially promised, failing to meet the specifications to the customer and with a lower than expected profitability. This means that reality is not asking for a different way to manage project management.

Critical Chain is an application of the theory developed by the Israeli physicist, Eliyahu M. Goldratt, who is well known for his business novel "The Goal" and which in 2014 marks three decades of publication. Critical Chain Project Management (CCPM) for its acronym in English (Critical Chain Project Management) seeks to apply basic concepts of statistics, systemic thinking and flow concepts, to propose an alternative sequence to the traditional way of planning and executing Projects.

The use and management of a predictive model of time consumption. Which is used by calculating the elapsed time and the time of the chain of dependent activities taking into account the resources. This series of activities is what is known as the Critical Chain, and the calculation and administration of time is called Shock Management.

Estimates of aggressive but achievable times. Aggressive time estimates Through a planning process and explanation of the management model, team members accept aggressive but compliant time estimates considering that the variations that appear will be supported by a global protection, the Project Buffer. attainable

Tools to overcome variability. The methodology developed by Dr Goldratt, includes what he called Thought Processes, which allow to resolve conflicts methodically and develop action plans in consensus. These processes are a fundamental piece for the execution of projects and recovery plans, in the case of facing obstacles during the development of programmed activities.

A collaborative environment By the way of programming and executing projects traditionally, each person seeks to take care of the performance of their own activity in isolation, which promotes local optimum; This mode of operation generally hinders and hurts the global optimum, that is, the adequate fulfillment of the project and its triple restriction; Deliverables, time and money. Critical Chain provides the visibility, focus and tools necessary to have permanent control and the possibility of taking actions as an executing team where the global benefit is prime for all member resources and a genuine teamwork is established.

This would be very difficult to implement with existing (human and computational) technology, which requires the use of complementary means and new paradigms in the integral management of projects. This is the explanation of why CCPM is a true process of innovation, focused on improving project development and facilitator for human management within them.

"If this article is to your liking, you may also like "Project management with critical chain ”